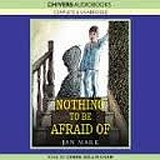 I wrote this essay in appreciation  for Jan Mark.  Jan was a two-time winner of the Carnegie Medal, the award given to England’s most outstanding work of children’s literature.  I studied  with Jan in the early 1980s.

This is how we proceeded. “The first part of the list consists of eponymous collections of short stories, the second of novels, the third of novels and short stories for children. I have chosen them not because I think they might serve as models but because they are seminal, very good or very bad….even really atrocious writing can have a certain panache…It would be useful if you could compile a similar list which you think I could usefully read.” Jan Mark to me.

It was 1983. I was a young American living in Combe village. My daughter, Lizzie, was a “rising five,” as head master Mr. Warner called her when we interviewed at the village school.

I wanted to write about war. I came to RAF Upper Heyford with my husband at that time, an Air Force commander of a munitions squadron, and the experience of being on a military compound dropped me back in time to my first job working for the American Red Cross on an Army compound in Vietnam. At Upper Heyford, I was a mum and a spouse with no identification of my own. All I knew was that I needed to write. I began a degree with Antioch College’s rather progressive International Studies Department for which I created my own degree plan and sought out scholars with whom I wanted to work.

I found Jan Mark. I have her photo beside me now, the photo I saw in the Oxford newspaper. Jan in 1983, looking over her shoulder, her amused smile, her discerning gaze, her wild dark and curly hair I remember as dark auburn. The article notes her appointment to the position of Arts Council Writer-in-Residence at the Oxford Polytechnic.

I believe I called the college, was given Jan’s phone number, and she answered when I called. I asked if I could be her student. She seemed to immediately think this was a fine idea and invited me over. Our first meeting was at 6 College Close, her apartment, on the Wheatley Polytechnic campus. She cooked lunch! She was tough and curious about this awkward person who bumbled into her life. I believe she was just back from receiving her second Carnegie Medal – for Handles. She said she wished she’d done something with her hair, as I remember, which was wonderfully wild. But it had all happened very fast, she’d said about the award or the speed of her life.

She was pleased. She was terribly unpretentious.

My list I offered Jan was everything by Doris Lessing and also books I was reading to my daughter, Sam, Bangs, and Moonshine by Evaline Hess, Bread and Jam for Francis. I don’t remember what Jan thought of Doris Lessing. But I loved how we read William Boyd and Russell Banks, both How Tom Beat Captain Najork and his Hired Sportsmen and The Lion of Boaz-Jachin and Jachin Boaz in the same time, and I have ever since appreciated writing, unrelated to audience. In the same way today, I read Natasha Tretheway, U.S. Poet Laureate’s Thrall and Jacqueline Woodson’s exquisite novel in verse for teens, (and all beings) If You Come Softly, both illuminations on race.

I suspect Jan was not troubled by audience. I think she thought kids were their own true selves who often had better sense than their elders as in the short story, “Nothing to Be Afraid Of.” A timid boy comes into his own having experienced the world – full of fear – outside his mum’s clutches. Anthea a young friend introduces him to a park in which she places all things fearful that could lurk. His mother storms into Anthea’s home the day after her son’s visit, insisting to know what they had done to terrify her son who hadn’t slept since his day with Anthea. But when Robin spies Anthea who is trying to escape his angry mum, he says, “Let’s go to the park.”

With Jan, I leaped into contemporary English writing. She had a circle of poet friends and introduced me both to their poetry and to the poets. I met George Szirtes, who fled Budapest in 1956 when the Soviets crushed the Hungarian revolution. Through his poetry I came to understand the story of modern Hungary. Jan loved the raucous music of Kit Wright’s poems. (“By the waters of the Wandle/ Where the lovers used to fondle,/ Where I craft this rhubarb rondel,/ Life is better: much.”) We were both writing poetry, Jan possibly for the protagonist in her adult novel Zeno Was Here published in 1987.

Looking back at our reading lists, I see her passion for the short story. And it is her short stories that linger with me, exquisite slices of a life at a moment of new clarity as in “William’s Version.” William is the star. He’s 4. He doesn’t change. But Jan treats us to the world of William who will not be deterred in his retelling of “The Three Little Pigs” in a moment of his life when he needs to seal his identity.

“Meaty,” Tony Lacey calls Jan in his blog post featured upon the launch of the Hodder Silver series when they reprinted Jan’s dystopian novels, Divide and Rule, The Ennead, and Aquarius in 2014.

For the duration of our tutorials, she read all my new and often bad fiction when I was simply falling in love with this work, and intoxicated with writing. We continued to meet for tutorials in between her jaunts, lecturing or visiting schools – to Australia, to London, to Boston, even during a jaunt to the village where I lived and where Frank Warner at Combe school invited her to visit his class. Afterwards I took her for a picnic on the grounds of Blenheim Palace. That’s what we had in this Oxfordshire village where the Duke’s peasants used to live – the Palace grounds. She was amused by the village, saying no one lived in this England anymore. And she pointedly didn’t set her fiction here behind garden walls but in estates or factory towns.

I remember Jan as wickedly funny and wickedly subversive, but at the same time extremely tender hearted. She seemed to take people, whatever their age, as a great adventure. As perhaps even I was to her, an American writing about ghosts of the American war in Vietnam with my daughter Lizzie who Jan named the paginater when I described Lizzie ordering the pages of my novel as they spilled out of my typewriter.

She never questioned why I chose to work with her, a writer for children. It was perfectly logical to both of us. She might have said, Aren’t children people? Aren’t children bombed like the rest? Don’t they have a right to their own stories?

Ultimately, I think of Jan’s stories as moments of discovery as a person faces a moral or emotional dilemma. In the story that is my favorite, “Feet,” heroine Jane faces a dilemma as umpire of a tennis match. The star player, Collier, is talented and full of himself. He’s publicly dismissive of Jane which humiliates her. Not only that, as the game progresses, Jane commits one awful blunder after another, and while Jane continues to attempt to call the game correctly, Collier is verbally abusive. Jan Mark complicates this power dynamic as she does in every story. Heroine Jane recognizes that Collier faults – his foot repeatedly crosses the line when he serves. “I thought, why should he get away with it? Then I thought, He gets away with everything.” She begins to call them. Foot fault. And again. Foot fault. It destroys his serve. And him. He becomes clumsy and people laugh as he looses. It is not a victory for Jane. It’s not an easy right against might. It’s muddy like life, mirroring the moral choices we must make at every turn.

It was the privilege of my life to study with Jan.

10 Responses to “Studying With Jan Mark or, how I became a children’s book writer”