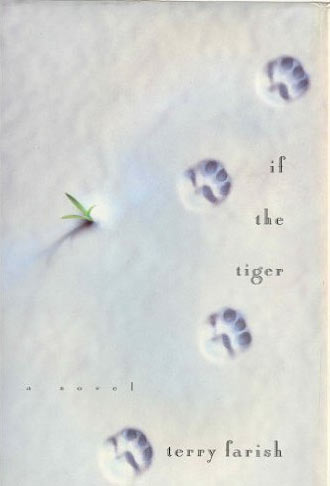 A novel for adults

“Like Robert Olen Butler, Farish threads Eastern mysticism and the residual pain of war into a universal human story-this one of mother loss. Laurel Sullivan, daughter of a U.S. Air Force colonel, becomes bound up in the life of Chanty Sun, a survivor of the Pol Pot regime, after Laurel’s car strikes and kills Chanty’s niece in a New Hampshire snowstorm. Both young women are motherless: Laurel’s eternal-hippie mother, Annie, who’s left the family, makes chalices out of tin foil candy wrappers in a diner in Franconia; Chanty’s mother, Rithy, was tied to a tree in Cambodia to starve to death for stealing a mango. Believing that ghosts sing to children to go away with them, Chanty fears that Rithy will call her 11-month-old son. So as radio bulletins carry reports of her father’s deployment in the Persian Gulf war, Laurel drives Chanty to Lowell, Mass., across a landscape of laundromats and malls, to pray at a Buddhist temple. There, Chanty is found by her child’s father, the war-damaged Kob, who has the evil “tiger eye” and abuses her. Loving and needing one another, Laurel and Chanty work off the peripatetic ways of the refugee and the “permanent dislocation” of military family life as they grapple for a sense of place, and of connectedness. Farish’s second adult novel (after Flower Shadows) is quiet, sensuous and intensely moving.”
Publisher’s Weekly