“Laurie was their first English teacher. She brought sheets of white paper and markers to her students who spoke little English but told stories with their art.”

In 2010, Laurie Lalish of Lutheran Social Services, now Ascentria, conducted a visual arts project with her ESL class in Laconia who created imagery of their homeland. They continued drawing images of home when Jo Radner and I were invited by Laurie to work with her class to do a folktale project. This was New Hampshire Humanities’ Bilingual Folktale Project conducted through the Connections Adult Literacy.

All of Laurie’s students were Nepali-speaking parents and grandparents who had been exiled from their homes in Bhutan. They had lived as refugees in Nepal for 20 years before coming to New Hampshire. Laurie was their first English teacher. She brought sheets of white paper and markers to her students who spoke little English but told stories with their art.

They continued to draw after Jo and I, with interpreter Nilhari Bhandari, listened to many of their stories.  After the tellings,  they drew landscapes from home, their farmhouses, their animals, the temples of their country.

After the project, the students, including Jay Jogi and Kamal Dangal, gave their illustrations to Laurie  out of appreciation and respect for

Soon after the project,  Laurie had to stop teaching because she was diagnosed with Parkinson’s disease. A few years later, she contacted me.  She invited me to her house. She lives on a mountainside and it was a beautiful, sunny December day.  She showed me all the Bhutanese students’ drawings and offered them to me so that they might be known about and seen.  I showed them to Kayla Schweitzer, Heritage and Traditional Arts Coordinator of the NH State Council on the Arts.

A few months ago we both agreed on how to honor the artwork. As part of Welcoming New Hampshire, some of the art created by Bhutanese-Americans in Laurie’s class will be featured in a new gallery and meeting space in Concord called CreatingCommUNITY.

CreatingCommUNITY is part of  Welcoming New Hampshire, Weaving Cultures, Building Communities. They are working hand in hand with the national program Welcoming America. Together, all are launching events THIS week of Sept. 15 – 24. 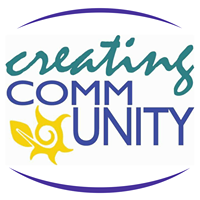 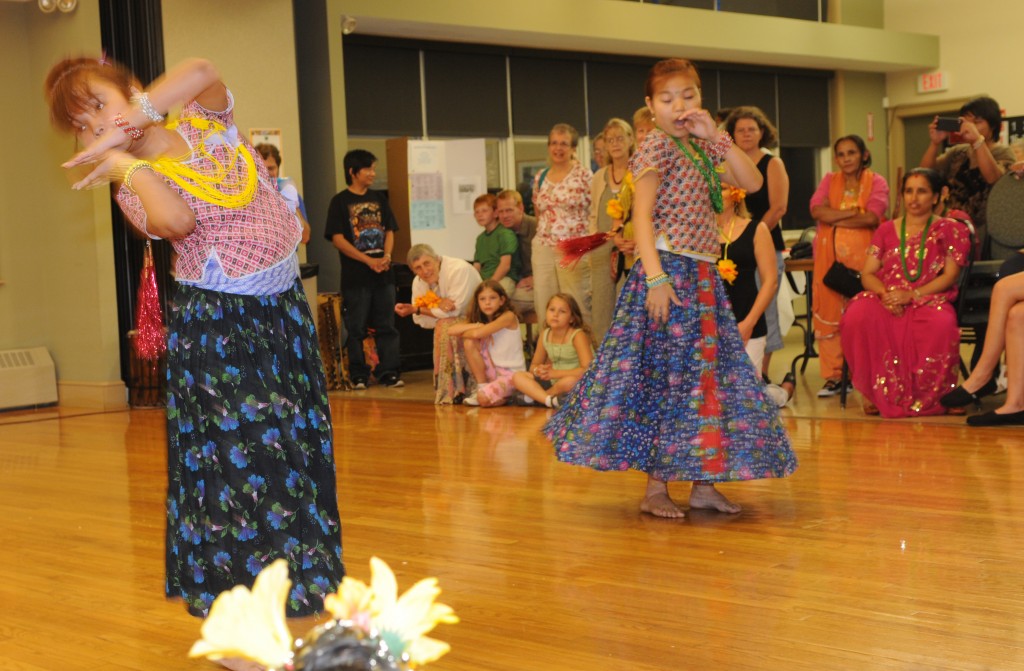 “Traditional arts are artistic activities such as music, dance, and crafts that are passed down from one generation to the next within families and communities and are regarded by the community as part of their heritage.” This is how the New Hampshire State Council on the Arts describes their Heritage & Traditional Arts Program. This fall I will begin a project to help to identify master dancers in New Hampshire’s Bhutanese community that the Arts Council can add to their roster of traditional artists.  I first saw traditional dance when I worked with New Hampshire Humanities to produce a folktale told by Hari Tiwari, an adult ESOL student in Laconia.  To celebrate the book’s publication,  we had a big festival on Manchester’s west side where many people from Bhutan have made their homes. I was fascinated by a dance performed by young girls and choreographed by a master dancer.  This is the man I seek to find, the master dancer!  I want to hear the story of dance from his point of view and I want to record him and photograph the dance! I have heard that young dancers are creating new forms, combining traditional dance with Bollywood styles.  I’m on a quest to find out how dance changes with time and when dancers leave their homeland. This also helps with my current research for a book.

Here’s the story of the festival where we celebrated the folktale we published in Nepali and English, The Story of a Pumpkin.

I saw Dal Rai yesterday. He is the illustrator of the Bhutanese folktale published by the New Hampshire Humanities Council, The Story of a Pumpkin. Like many Bhutanese families who moved to Laconia, New Hampshire, Dal’s family is leaving this small lake district city. He’s pictured here with his sons, Adrin and Anmal, his wife Birkha. and his father, Harka.  Harka told me he was born in Bhutan in 1943.  Dal was 8 when the Bhutanese government forced his family into exile and took possession of their farm. The Story of a Pumpkin, told in Laconia by Hari Tiwari,  is a tale that traveled from Bhutan to the refugee camp in Nepal where Dal and Hari  lived for some 20 years to New Hampshire and now on to Ohio where many Bhutanese people live and where Dal seeks to make a home.  Dal was an ambassador for the bilingual Nepali-English book to many New Hampshire schools. His work is a gift to children.  Good luck, Dal!