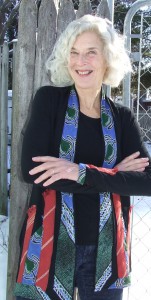 Terry Farish is an award-winning author of picture books and young adult novels, many of them influenced by her early work with the Red Cross in Vietnam. Terry studied sociology and social systems at Texas Woman’s University. She later earned an MA from Antioch College’s International Studies program studying in England with Carnegie Medal winner, Jan Mark. Her books have been selected as an American Library Association Best Book for Young Adults, Winner of The Boston Authors Club Young Reader Award, a School Library Journal Best Book of the Year, a Bank Street College of Education Best Book of the Year, a Canadian Children’s Book Center Best Book,  a Skipping Stones Honor Award for International Multicultural Books, a National Council of Teachers of English Charlotte Huck Recommended Book, and a Bulletin for the Center of Children’s Books Blue Ribbon Winner.

I grew up in a small house on the edge of a farmer’s field in Connecticut.  Up the hill past my father’s garden and through the woods was the cow pond. I roamed the scrubby land and the muck of the pond with my sister. I loved animals desperately. I loved stories desperately from our public library and my father’s own stories he told about his mischief as a boy growing up on Shelter Island in NY.

My father had returned from war. He didn’t talk about the war but we had a book my mother kept of the war years when they had met and fallen in love. The book and my father’s Purple Heart he won became a mysterious family mythology that I never really understood as a child. I loved the world I knew of the cow pond and our raspberry patch and chicken coop and our house of adopted cats and stories everywhere. They all folded around my father’s Purple Heart and the world’s story of war far away that brought my parents together. They met under the clock in Grand Central Station in a sea of returning soldiers, the story goes.

In Vietnam, years later, I knew another war first hand. I took a job there, working for the American Red Cross. This time it was not mythology. It was soldiers as young as I was, barely more than teenagers, parents and children and terror, loss of homes, forced migration, moments of love and the deepest sorrow of separation. There were also times of deep wonder. I heard the stories of many women and children in the war.  They were curious about us American girls, too, who came to their country in blue dresses, and our hair was of so many different colors. Their experiences and their voices became a part of my experience of the world. Their stories became a part of my own story.   Later, many Vietnamese people who worked for the Americans came to the United States and now I realize my journey to understand war had just begun.   In my books, I write about what I most seek to understand.

Since Vietnam, I’ve journeyed to other countries on research trips. My books have explored the lives of other children and teens who came to the United States to build new lives after war.

I must take the time to

your life so unlike my own.

I must hear your voice,

become aware of your

I write to try to understand

us in our small world.

My journal about my trip to Kakuma refugee camp.

My article about one of my favorite projects with Bhutanese English language learners:

A Folktale Journeys with its Tellers.

Here is a profile that appeared in Engage Magazine.

Rabbit in the Moon, my blog on children’s literature from many cultures