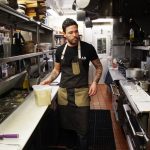 This week I had the great pleasure of bringing The Good Braider to St. Paul’s School in Concord, New Hampshire. I spoke at morning Chapel (pictured below in a photo taken in January). Chapel – we gathered at 7:40 a.m.! –  is a school-wide tradition for students and faculty. It was a rich opportunity for me to speak for refugees and share an excerpt from an oral history I had recorded of Florence Olebe, a Sudanese refugee, who got a loan from Start Smart in Portland, Maine to open Ezo African Restaurant. The Ezo menu stated,  “We believe food unites us and binds us sisters and brothers.”  Yes, it does.  At the same time that we were meeting in Chapel in Concord,  “A Day Without Immigrants” strike had begun in Washington, DC. 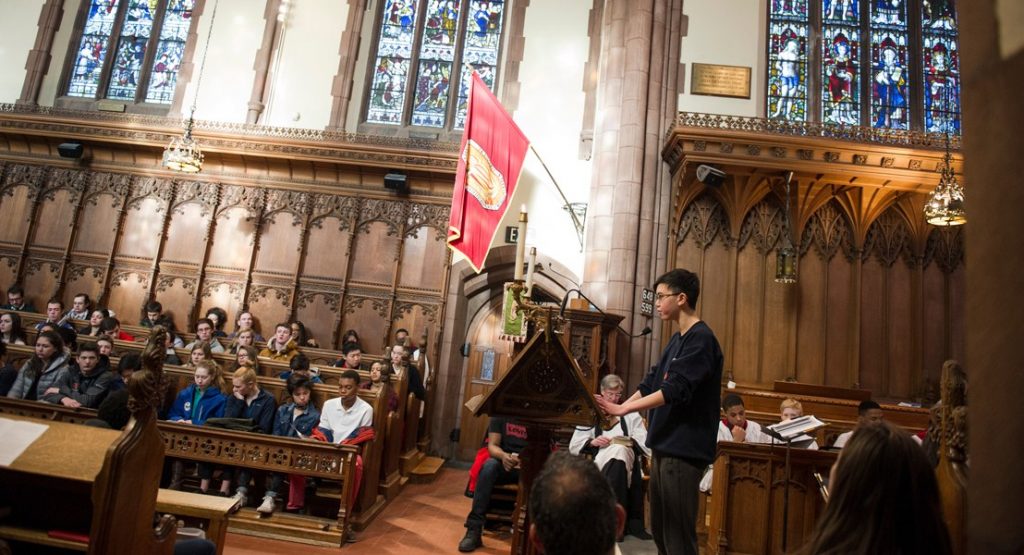 After Chapel,  I met with three Humanities classes and we could talk in small groups.  The last class had all just finished reading the book and our discussion was deep with questions, impressions, sorrow over Viola’s losses. I valued most the pointed conversation we had about the fact that half-way through their reading of the book, the students learned that I was white.  They had assumed this was a first person autobiographical account of a survivor of the war, a southern Sudanese girl. Some were on the #ownvoices side of the discussion.  I valued that they could say this, that they were safe enough to express this concern. That enabled me to speak in return.  I told them about Thich Nhat Hanh and his belief that the greatest gift we can give one another is the gift of our attention.  And it’s this desire to attend to and witness that drives me as a writer.  We listened carefully to each other.  It was the beginning of a conversation I hope to continue. Because we are bound to each other.